“I first met Iain Pattinson in the early nineties when he was writing wonderfully funny links for Barry Took on Radio 4’s ‘The News Quiz’ and I was a young producer with just a couple of series of ‘I’m Sorry I Haven’t A Clue’ under my belt.

Iain was quite unlike most of the young, faintly unkempt, university-educated writers who then populated the BBC’s Light Entertainment Radio department.  After a short and unexceptional education in Sidcup, Iain had worked as a market stall holder, insurance broker and marketing executive in the oil industry, before taking early retirement to pursue a dream of writing comedy.

Despite his relatively advanced years, a fizzing resentment at the apparent preferment of his Oxbridge-educated peers seemed to lend him a certain youthful vigour.  Unlike the department’s other writers, Iain was not only ‘life educated’, he was also financially secure, having picked up a generous payoff from his last employer.  I remember how, quite early in his new writing career, he was offered a job on Channel 4’s all-new ‘Clive Anderson Talks Back’, an offer any of his colleagues would have jumped at.  Iain took one look at the fee and declined with the words: “That’s less than I pay my gardener”.  I liked that.  And I realised also that the wonderful material he was writing for ‘The News Quiz’ could be done infinitely more justice were it delivered by Humphrey Lyttelton.  It was possibly the best decision of my career.

Iain worked with me on any number of shows, writing lines for Jonathan Ross, Julian Clary, Graham Norton and Clive Anderson (clearly the money had improved). He helped me get ‘The Unbelievable Truth’ started on Radio 4, writing linking material for David Mitchell.  But I know it was his work on ‘I’m Sorry I Haven’t A Clue’ he’d consider his proudest achievement. For sixteen years with Humph and a further eleven with Jack Dee, Iain wrote some of the most unfalteringly brilliant and enduring comic lines ever heard on British radio.  There have been calls for his introductory monologues based around the places we’ve visited to be preserved for posterity in the British Museum (said Iain: “Clearly they think the jokes are that old”) and his double entendres are unquestionably amongst the finest in the English language.  At the end of last year an expert panel assembled by the Radio Times voted ‘I’m Sorry I Haven’t A Clue’: “The Greatest Comedy Radio Show of All Time”.  Not a bad legacy I think you’ll agree.” 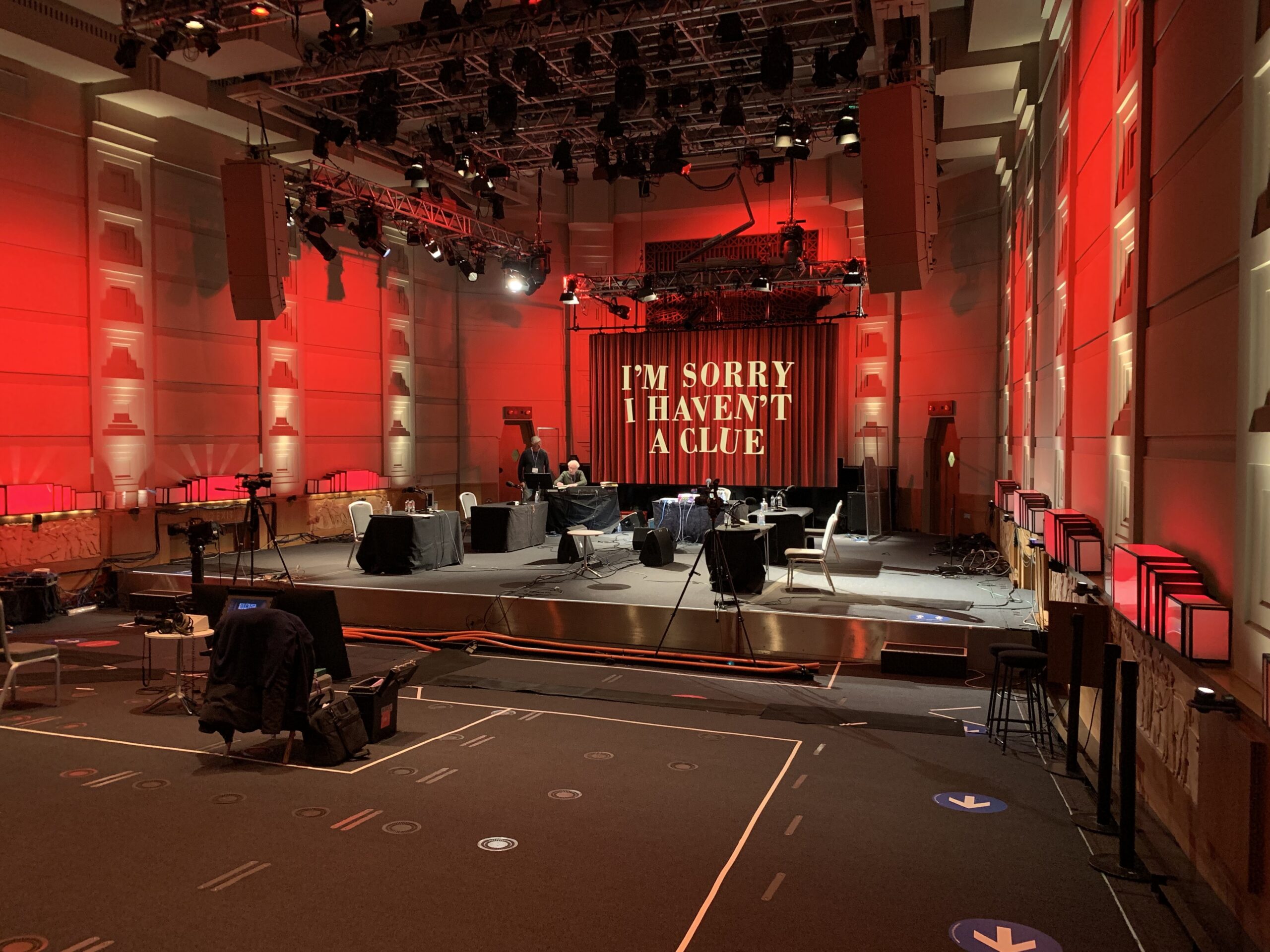 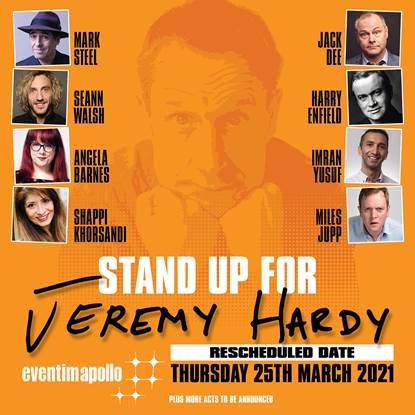 Stand Up for Jeremy Hardy – RESCHEDULED to March 2021

‘Join the likes of Mark Steel, Jack Dee, Harry Enfield, Miles Jupp, Angela Barnes, Imran Yusef and Shappi Khorsandi plus others as they celebrate one of the most hilarious comedians of the past three decades.’

Tickets for this event can be purchased here. 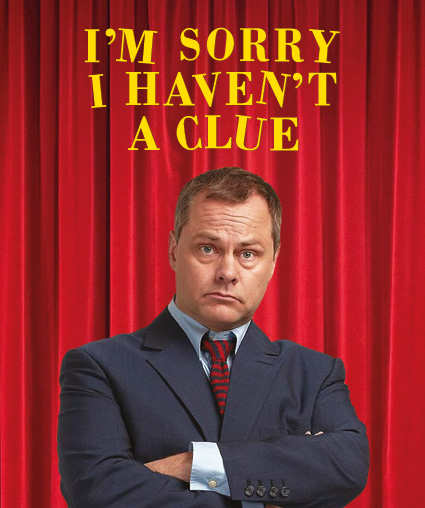 We’re very pleased to announce the dates for a short UK Tour of ‘I’m Sorry I Haven’t A Clue’ from 5th January till 1st February 2020. This is the latest incarnation of our hugely popular ‘Best Of’ show, which mixes many favourite classic rounds with all the latest hits from the programme.  It stars Jack Dee, Tim Brooke-Taylor and Colin Sell, plus a rotating cast that includes the likes of Miles Jupp, Tony Hawks, Richard Osman, Rory Bremner, Marcus Brigstocke and John Finnemore. It’s a real celebration of the programme and a great night out – you even get a free kazoo.  And it allows us to visit parts of the UK that we haven’t been to for a while.

Tickets for the tour are selling fast! Information on dates and links to purchase tickets can be found here. 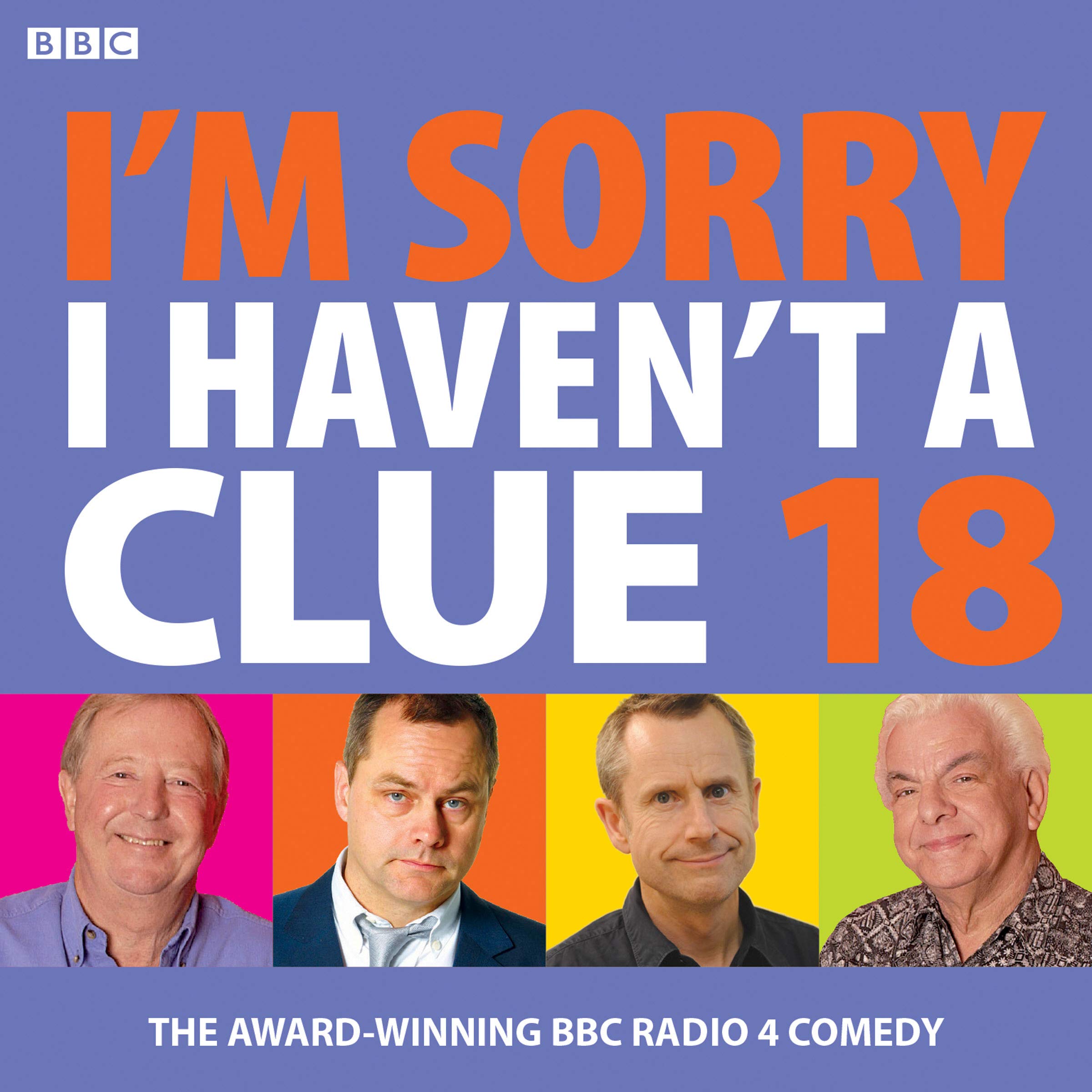 The new I’m Sorry I Haven’t A Clue 18 compilation is available for preorder and will be released on Thursday 5th September on Amazon as an audio download and CD. It contains specially compiled episodes featuring the wonderful Jeremy Hardy.

Free tickets for our final recording of series 23 are now available on Lost in Tv. Please note that the recording will take place at the BP Theatre at The British Museum. Access will be from the main entrance at the front of the building. Tickets can be obtained here.

The new series of The Unbelievable Truth starts this evening at 6.30pm. Available on BBC Sounds and the iPlayer app shortly after.

Tickets to The Unbelievable Truth Recordings

Tickets to upcoming The Unbelievable Truth recordings can be applied for on the Lost in TV website.

The Unbelievable Truth has been awarded Best Radio Panel Show by the British Comedy Guide Awards.


Warning: shuffle() expects parameter 1 to be array, null given in /var/sites/r/randomentertainment.co.uk/public_html/wp-content/themes/random_ent/htmlinc/right-images.php on line 134